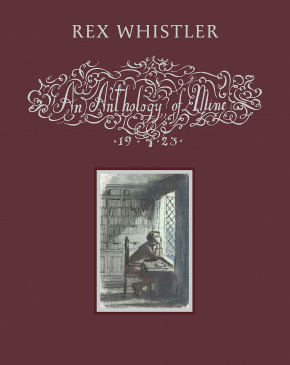 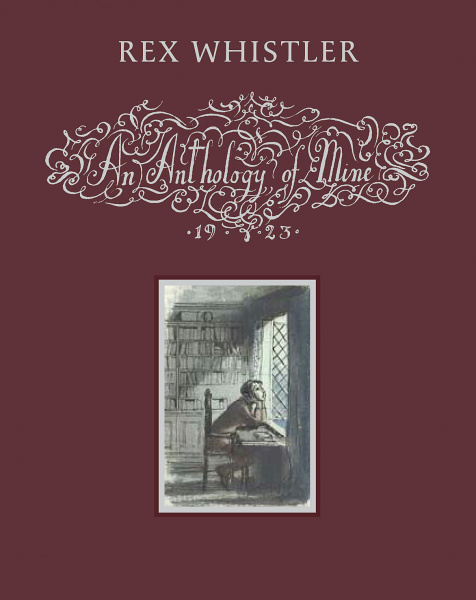 A facsimile edition of the ‘little anthology’ of favourite poems compiled and illustrated by Rex Whistler in 1923. This is a personal collection, hand-written and embellished, by a young artist who had recently discovered poetry. Rex Whistler was just eighteen and in his first year at the Slade when he began to compile it, using an ordinary ruled exercise book to keep his handwriting straight. The poems are well known and well loved, the watercolours are enchanting. Every page shows Rex Whistler’s new-found delight in verse of a romantic kind: Keats, Marvell, de la Mare, Emily Dickinson, Shelley, Tennyson, Gray, Edith Sitwell and others. But, though serious about the poems, he could not, being Rex Whistler, deny himself flippancy on a title page, or in a pencilled comment added to Keats’ woebegone knight-at-arms.

Whistler made this earliest of all his illustrated books for his own pleasure. It was first published, in an abbreviated edition, in 1981, almost sixty years after Whistler compiled it, and has long been out of print. This splendid new edition, an exact facsimile of the original, is alive with the youthful pleasure that first inspired the brightly coloured fantasies of 1923.

A separate booklet includes Laurence Whistler's afterword to the 1981 edition, a new introduction by Hugh and Mirabel Cecil, and a note from the publishers describing the process of producing the facsimile.

Rex Whistler (1905-1944) was one of the most intriguing artists of the interwar years. His work encompassed all areas of art and design, from set design for opera, ballet and the West End theatre to book illustration. He painted moving and memorable portraits, of people and of their houses. And he was the outstanding mural painter of his day. As a 20-year old student at the Slade School he painted a mural which an still be seen on the walls of the restaurant at Tate Britain. Later murals are to be seen at Port Lympne in Kent, Mottisfont Abbey in Hampshire, Dorneywood in Buckinghamshire and - his masterpiece, Plas Newydd on Anglesey.

“handsome. Indeed, it is a treasure of contemporary bookmaking”

"An artist whose supreme gift was to delight and entertain, and an attractive and worldly figure whose talent combined sophistication and innocence with a natural humour that defies solemn analysis."