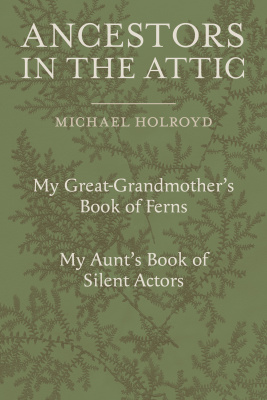 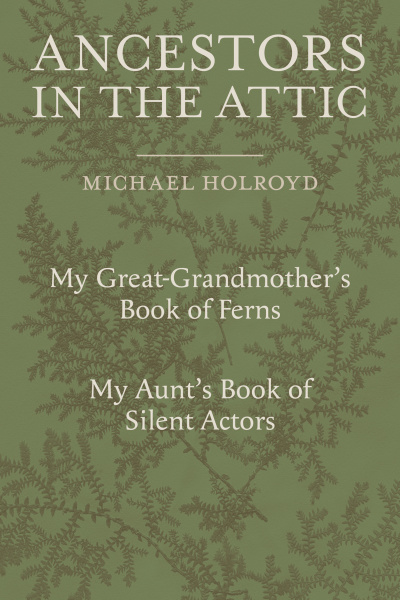 Michael Holroyd, perhaps the most distinguished of contemporary biographers, has in recent years turned his attention to the stories hidden within his own fascinating (not to say eccentric) family. In Ancestors in the Attic he teases out two especially intriguing episodes, the tales of his great-grandmother and his aunt, which he categorizes respectively as tragedy and comedy. He tells their stories not only in words but also in pictures, through two very different collections made by the women, which he discovered in the attic of a house in Maidenhead: the ferns preserved and stitched into beautiful, intricate patterns by his tragic greatgrandmother, Anne Eliza Holroyd, in the 1870s; and the photographs of silent movie actors collected by his lively young aunt, Yolande Holroyd, in the 1920s. Included here are two volumes − My Great-Grandmother’s Book of Ferns and My Aunt’s Book of Silent Actors − a fascinating record of a very special family history. My Great-Grandmother’s Book of Ferns includes a foreword by leading pteridologist Martin Rickard. Christopher Fraser-Jenkins, world expert on Indian ferns, has identified, and provided a commentary on, the ferns used by Anne Eliza Holroyd.

"Offered almost as religious texts, one is a beautifully pressed collection of ferns made by his great-grandmother in India in the mid-19th century; the second is a series of photographs of silent-movie stars gathered by his aunt Yolanda in the 1920s. Through these images Holroyd unravels the lives, tragic and comic, behind these strangely magical and peculiar assemblies."