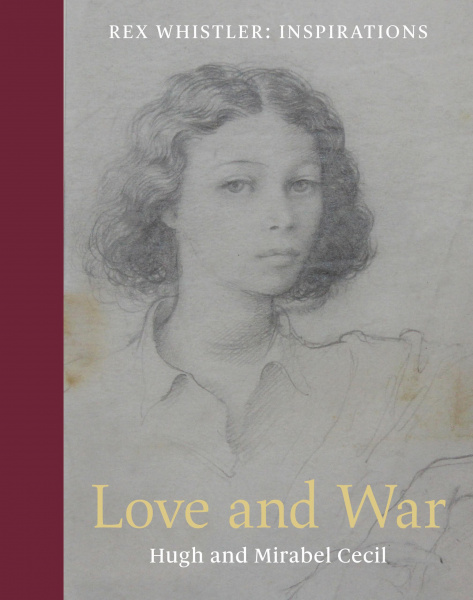 By Hugh Cecil and Mirabel Cecil

The artist Rex Whistler (1905−1944) was frequently in love, always with beautiful women, and seldom happily. In this book Hugh and Mirabel Cecil, authors of the acclaimed biography In Search of Rex Whistler (2012), trace the artist's romantic life and also his years with the Welsh Guards in the Second World War, until his tragic death, aged thirty-nine, in battle in France.

Military historian Dr Hugh Cecil's books include The Flower of Battle: How Britain Wrote the Great War (Steerforth, 1996). Mirabel Cecil is author of A Kind of Prospero (Walker, 1996) and, with David Mlinaric, Mlinaric On Decorating (Frances Lincoln, 2008). Together Hugh and Mirabel Cecil have written Clever Hearts: a Life of Desmond and Molly MacCarthy (Gollancz, 1990), which won both the Duff Cooper Prize and the Marsh Biography Award, Imperial Marriage (History Press, 2005) and, most recently, In Search of Rex Whistler: His Life and His Work (Frances Lincoln, 2012).

From reviews of In Search of Rex Whistler:

'A superb new biography...which throws new light on the artist's complex world, and marks the resounding reclamation of his reputation.'

'Not merely a delight to read, well researched and carefully organised, but also lavishly illustrted and beautifully designed.'