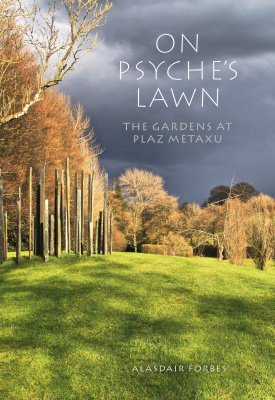 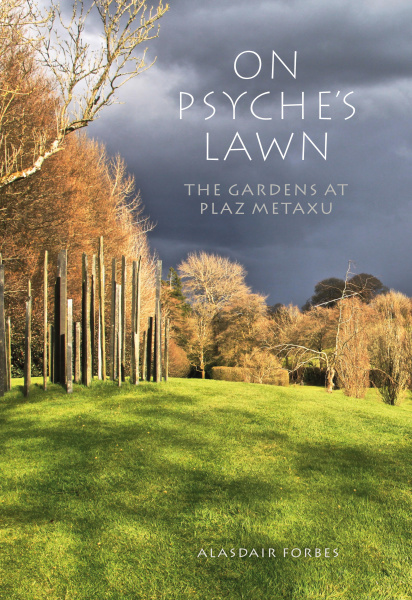 The Gardens at Plaz Metaxu

This beautifully illustrated book describes the making of Plaz Metaxu, described by Tim Richardson as "Probably the most significant new garden to have been made in Britain in recent decades"

Alasdair Forbes has been developing his innovative and beautiful garden, Plaz Metaxu, in Devon, for the past thirty years. The thirty-two acre garden has been internationally acclaimed both as an unusually ambitious contemporary example of the making of place and for its poetic and psychological insights.

Trained as an art historian, Alasdair always wanted his garden to be open to the worlds of myth, literature and the other arts, while remaining keenly aware of the strengths, vulnerabilities and delights a garden has to offer in its own right. He has been the only full-time gardener at Plaz Metaxu from its beginning until the present day, though invaluable part-time assistance has been provided by Cyril Harris (who is not a professional gardener either). The whole garden, with its lawns and fritillary meadows and hedges, its bowers, groves and woods, its lake and its courtyards, its ‘carousel beds’, and its landscaped walks to far horizons, is entirely the creation of these two men.

This beautiful, richly illustrated book is Alasdair’s own account of how and why the garden was made. He writes of its many inspirations, from Psyche herself to poets, painters and the mysterious paredros  . . . not forgetting the valley landscape, with its noble precedent at Studley Royal, and its wise mentors from the Far East.  In everything he has done, Alasdair has been the pupil of the spaces that surround him; his rare gift has been to become their ventriloquist, in finding out how they themselves want to  ‘speak’.

Born in London, Alasdair Forbes graduated with an honours history degree from McGill University, in Montreal, before completing an MA in the history of art at the Courtauld Institute. He has worked in Paris and Vancouver, and lived for short periods in India and Italy. Before moving to Devon, he lived and taught in London. For the last thirty years he has been preoccupied with creating and looking after his garden. He is currently preparing a series of lectures on the meaning of place to be given at Exeter University.

"Forbes...has produced a book which constitutes the ideal introduction and companion to a garden that is emerging as highly significant in an international context. It is copiously filled with Forbes’s own evocative photographs, while the text is a deeply argued, scholarly tour de force, replete with references to philosophy, painting, poetry and psychology. As such it stands as an admirable riposte and corrective to all those from other disciplines who still insist on condescending to garden-making as little more than a hobby or pastime."

"A beautifully illustrated paean to one man's philosophy of art and ideas, and his creation of an extraordinary, innovative garden."

"An extraordinary book about an extraordinary place...Very lavishly illustrated and beautifully produced in a large quarto format. The whole design and production mirror the devoted care and thought that has gone into creating these remarkable gardens themselves."

"This book merits slow and careful re-reading during the long, winter evenings. The design, photographs and production are all superb."