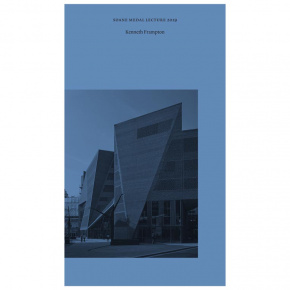 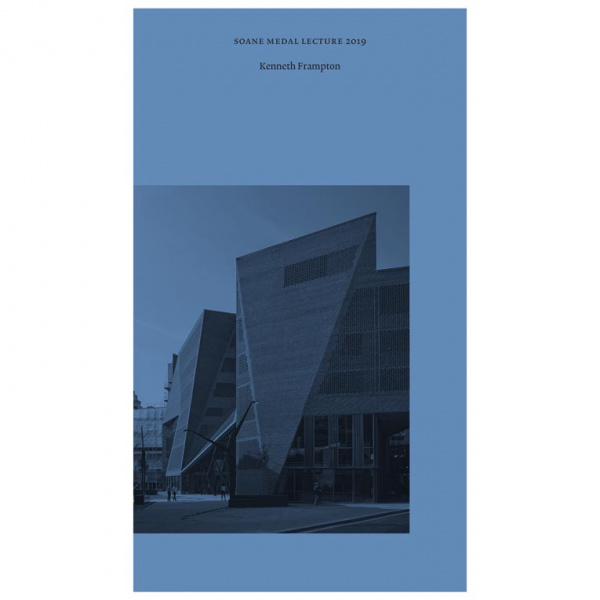 British architect, critic, historian and educator Kenneth Frampton is the third recipient of the Soane Medal, which is awarded annually in recognition of architects and critics who have made a major contribution to their field through practice, education, history or theory, and in doing so have furthered and enriched the public understanding of architecture. The lecture was delivered on 11 November 2019 at the Sheikh Zayed Theatre in the New Academic Building of the London School of Economics. This publication contains the transcript of Kenneth Frampton’s lecture, which examines masterworks of modern architecture from 1930 to the present in order to theorise an architecture that resists our compulsive commodification of the environment.

Kenneth Frampton occupies a unique position in architectural culture. His work as an architect, writer, critic, educator and academic over the last fifty years has shaped and informed the outlook of countless students and architects. Few architects practising today can claim not to have influenced by his thinking and ideas, notably around issues of context and culture, as articulated in his seminal and still powerfully contemporary text 'Towards a Critical Regionalism’ (1983). Other works such as Studies in Tectonic Culture (1995) and the many editions of Modern Architecture: A Critical History have driven the ways that we see, think about and understand modern architecture and its role in society.

Born in 1930, Frampton trained as an architect at the Architectural Association School of Architecture, London. He has worked as an architect and as an architectural historian and critic, and is now Ware Professor at the Graduate School of Architecture, Preservation and Planning, Columbia University, New York. He has taught at a number of leading institutions in the field, including the Royal College of Art in London, the ETH in Zurich, the Berlage Institute in Amsterdam, EPFL in Lausanne and the Academia di Architettura in Mendrisio. He is the author of numerous essays on modern and contemporary architecture, and has served on many international juries for architectural awards and building commissions. His writings include Studies in Tectonic Culture (1995), Le Corbusier in the World of Art series (2001) and a collection of essays entitled Labour, Work and Architecture (2005).