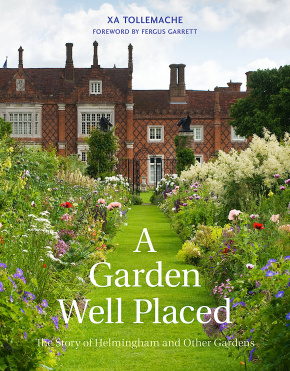 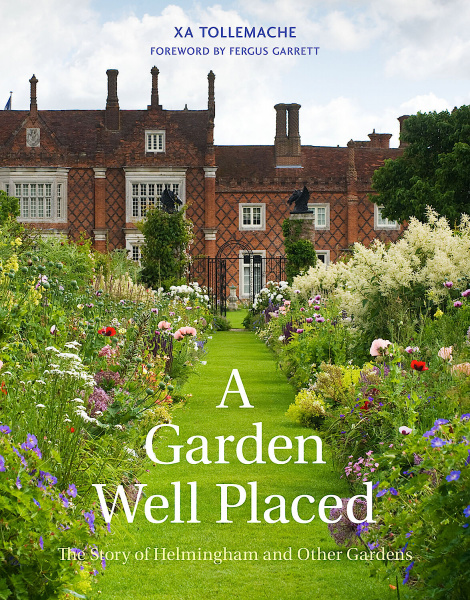 The Story of Helmingham and Other Gardens

The story of how Xa Tollemache re-created the garden at Helmingham Hall, in Suffolk - and became a garden designer

Xa Tollemache started her gardening life when she moved into Helmingham Hall in Suffolk in 1975, as a young wife and mother. She spent the next twenty years learning and consequently developing and improving the gardens. It was Helmingham, she always insists, that taught her how to garden - to such effect that in 1996 she was in a position to start her garden design practice.

Xa Tollemache describes this book, her first, as 'a story book, the tale of the love story between me and the garden at Helmingham'. It is also a record of her career as a garden designer, exemplified by eleven other gardens, large and small, on which she has worked her design magic: her first Chelsea Flower Show garden ("I was described as 'just an amateur', which was true - but I did get a Gold Medal!"); and gardens in Dunbeath, Caithness; Castle Hill, Devon; Cholmondley, Cheshire; Bighton, Hampshire; Wilton, Wiltshire; Aldeburgh, Suffolk; Bell House, Suffolk; Stone House, Suffolk; RHS Hyde Hall, Essex - and the garden at her new home, Framsden Hall in Suffolk.

Xa Tollemache learned how to garden, and how to design gardens, at her home, Helmingham Hall in Suffolk. She set up her garden design practice in 1996, and one of the very first gardens she designed as a professional was the Evening Standard garden for the 1997 Chelsea Flower Show - for which she won a Gold Medal. She has since designed two more medal-winning gardens for Chelsea, as well as gardens all over the UK and in Europe and the US. She is currently a Member of the Council of the RHS, Chair of the Gardens Committee, a Member of the Horticulture Board and an RHS Judge.

Fergus Garrett joined Great Dixter as head gardener in 1992. He is now Chief Executive of the Great Dixter Charitable Trust, and also combines his full-time, hands-on gardening role at Dixter with writing and lecturing. He was awarded the Veitch Memorial Medal by the RHS in 2015 and in 2019, the coveted RHS Victoria Medal of Honour.

"Xa Tollemache is an innately sensitive garden designer...She reads the scene so beautifully well, embracing the qualities of history, landscape, architecture and people, within her work."

"We can learn much from her spirit and attitude to garden making and above all, that the garden is 'well-placed' to fit the character of the house."

"Through the book’s pages you feel that you are having a cup of coffee with Xa while she tells you about the trials, tribulations and joys of taking on a project such as Helmingham and brings you into her world of the outdoors, fresh air and the country...she is not afraid to admit when she was wrong or lacked knowledge and how she came to learn by her mistakes. The writing style is fluent and interesting and you soon start picking up all sorts of ideas yourself without really realising it."

"What makes the book are the stories about how projects came about . . . where many garden books simply present everything as a completed success story, Lady Tollemache explains in clear and helpful detail how that point was reached."

"We can learn much from her spirit and attitude to garden making and, above all, that the garden is 'well placed' to fit the character of the house."

"Beautifully photographed...an escapist book to enjoy by the fireplace while dreaming of a summer trip to England."