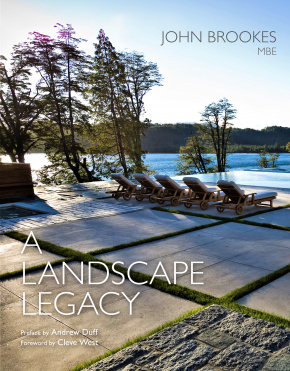 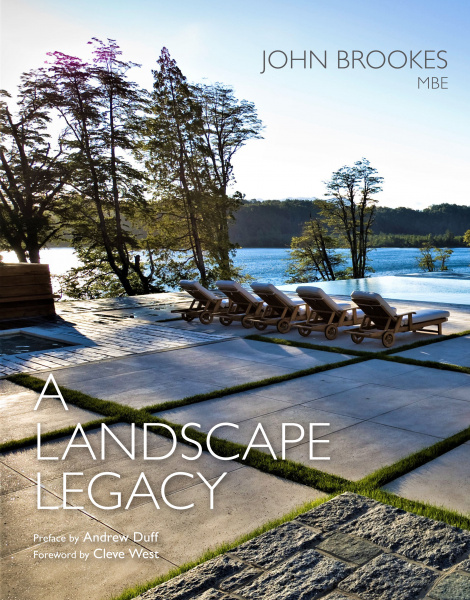 Hailed as ‘the man who made the modern garden’, John Brookes transformed twentieth-century garden design, not only in his native Britain but throughout the world. In his first – groundbreaking – book, Room Outside, in 1969, he wrote ‘A garden is essentially a place for use by people . . . not a static picture created by plants . . . plants provide the props, the colour and texture, but the garden is the stage and its design should be determined by the uses it is intended to fulfil.’

For nearly fifty years he has designed gardens, and taught garden design – in the United States, Canada and South America, in Russian and Japan, in Iran and all over Europe – and he continues to emphasize ‘the importance of reconciling nature and the character of a landscape with the needs and visions of the people living in it’.

Now, in A Landscape Legacy, John Brookes tells the story of his life and work and reflects on how his thinking about design has developed.

‘John Brookes’s work has helped gardeners worldwide move beyond the tradition of pure horticulture towards a recognition of space, mass, volume and texture as crucial elements in design; towards functional considerations – how people live in gardens, even small ones created with modest means; and an emphasis on setting and spirit of place, making gardens more than mere fashionable and interchangeable decors. By treating garden design as an art form, yet recognizing its raw materials as living, evolving and infinitely diverse, he bridges the opposition of art and nature, conceptual and environmental design.’  - Louisa Jones, garden writer, Provence

JOHN BROOKES (1933-2018) designed gardens all around the world, among them the College Green Garden at Westminster Abbey, the English Walled Garden at the Chicago Botanic Garden, the Barakura English Garden in Tateshina, Japan, the Zespol Palace Park in Kikole, Poland, and many gardens in Russia, the Middle East, and all over Europe and North and South America. He also taught garden design all over the world, and in 1980 he founded the Clock House School of Garden Design at Denmans, West Sussex.

John Brookes was awarded an MBE for garden design and services to horticulture, the Award of Distinction of the American Association of Professional Landscape Designers, the Garden Writers’ Association of America Award of Excellence, and countless other international awards, including four Chelsea Flower Show Gold Medals. He lived at Denmans in West Sussex. John Brookes died in March 2018.

"This attractively produced book is essential reading for anyone interested in garden design and history."

“We are fortunate that he lived to complete this book, for he was an inspired teacher and mentor as well as a designer, and every page, with its plans, elevations and photographs, underscores not only his expertise but his powers in communicating it.”

"A delightful and insightful book and as important in the literature of garden design as Brookes' monumental Room Outside."

"To read this book is to understand the history and development of contemporary garden design. Brookes' legacy is utterly significant to the creation of the modern garden and this memoir is a book all landscape designers should have on their bookshelves."

"This is one book that deserves its place on the bookshelf and I know it will be treasured by many, including myself, for decades to come."

‘Enrolling in the garden design course at Kew was my best investment ever. John Brookes was the teacher – he is probably the most influential (as well as the most acclaimed) garden designer of the twentieth century. And he is a very good teacher as well.’

‘John Brookes’s precise eye and talent make most current garden design look tone deaf – he draws out the essence of the site and adds an undercurrent of strong emotion and personal style that allows the land to reveal its character.’

"It is no exaggeration to say that John Brookes transformed 20th-century garden design, not only in his native Britain but throughout the world. Here, he tells his story and reflects on how his thinking about garden design, and design generally, has developed."