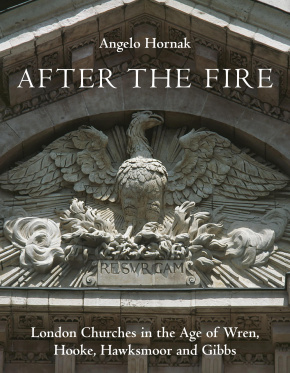 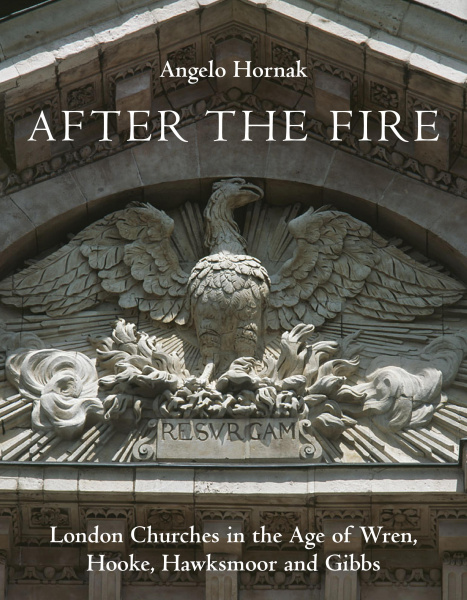 London Churches in the Age of Wren, Hooke, Hawksmoor and Gibbs

‘London was but is no more!’ In these words diarist John Evelyn summed up the destruction wrought by the Great Fire that swept through the City of London in 1666. The losses included St Paul’s Cathedral and eight-seven parish churches (as well as at least thirteen thousand houses).

In After the Fire, celebrated photographer and architectural historian Angelo Hornak explores, with the help of his own stunning photographs, the churches built in London during the sixty years that followed the Great Fire, as London rose from the ashes, more beautiful – and far more spectacular – than ever before. The catastrophe offered a unique opportunity to Christopher Wren and his colleagues – including Robert Hooke and Nicholas Hawksmoor – who, over the next forty years, rebuilt St Paul’s and fifty-one other London churches in a dramatic new style inspired by the European Baroque.

By the 1720s the pendulum was swinging away from the Baroque of Wren and Hawksmoor, and it was James Gibbs' more restrained St Martin-in the-Fields that was to provide the prototype for churches throughout the English-speaking world - especially in North America – for the next hundred years.

Angelo Hornak is the author of Balloon over Britain (1991) and London from the Thames (1999) and has provided the photographs for many books, including histories of St Paul’s Cathedral and Westminster Abbey and the cathedrals of Canterbury, Winchester, Wells, Exeter and Ely. He lives in London and Norfolk.

The Rt. Rev. Stephen Platten is Rector of St Michael on Cornhill and Assistant Bishop in the Diocese of London

"I will be returning to this book often, not just to enjoy the wonderful images, but also to use it as a reference book on the London churches. Whether you are interested in the history of London, baroque architecture or specifically Wren, this book will not disappoint you."

"Of all the books published to coincide with the 350th anniversary of the Great Fire of London, there can be few more visually stunning than Angelo Hornak’s After the Fire."

"For those who may not wish to negotiate the irregular opening hours, Angelo Hornak's After the Fire transports you to each of the surviving Wren churches with masterly photographs of their best perspectives and sharp close-ups of their salient details...This handsome book captures the visual drama at the heart of what proved to be an unparalleled flowering of English architecture....a dizzy kaleidoscopic treat."

"Lavish book with impressive photography and unfussy architectural text...Pull up a pew and savour it."

“As London’s remarkable 18th century skyline has since been subsumed by giant ‘shards’, ‘walkie talkies’ and ‘cheese graters’…we might reflect on how much of the city we have unwittingly allowed to become invisible since the fire.  This book allows us to see it again – and what a visually glorious place it must once have been.”

"The buildings that transformed London’s skyline in the late 17th and early 18th centuries, described and beautifully photographed by the author."