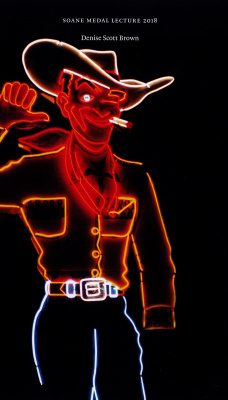 From Soane to the Strip 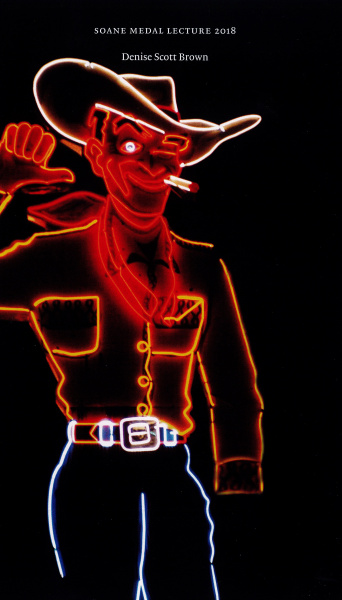 From Soane to the Strip

Denise Scott Brown's 2018 Soane Medal lecture - a narrated history of her early life and the experiences that shaped her later practice, illustrated by her own extraordinary photography.

The pioneering architect, planner, theorist and educator, Denise Scott Brown is the second recipient of the Soane Medal, which is awarded annually in recognition of architects who have made a major contribution to their field, through their built work, through education, history and theory. The lecture was delivered on 17 October 2018 at the Sainsbury Wing of the National Gallery, which she designed with Robert Venturi.

From Soane to the Strip is a transcript of Denise Scott Brown's Soane Medal lecture - a narrated history of her early life and the experiences that shaped her later practice, illustrated by her own extraordinary and rarely-seen photography.

Denise Scott Brown (1931-) is principal of the firm Venturi, Scott Brown and Associates in Philadelphia. Scott Brown’s ideas and work as architect, planner, urbanist, theorist, writer and educator have had a global influence, transforming thinking about architecture and cities.

She was born in what was then Northern Rhodesia in 1931. She attended the University of Witwatersrand, South Africa, and the Architectural Association, London, before receiving a master’s degree in architecture and city planning from the University of Pennsylvania, beginning a long association with the university and the city of Philadelphia, where she now lives.

Scott Brown and her husband and late partner, Robert Venturi, are regarded as among the most influential architects of the twentieth century, both through their architecture and planning, and theoretical writing and teaching.  Denise Scott Brown was awarded the second Soane Medal in 2018. The Medal was established in 2017  to recognise individuals who have made a significant contribution to architectural culture and discourse, building on the legacy of Sir John Soane.