Gardening Notes from a Late Bloomer 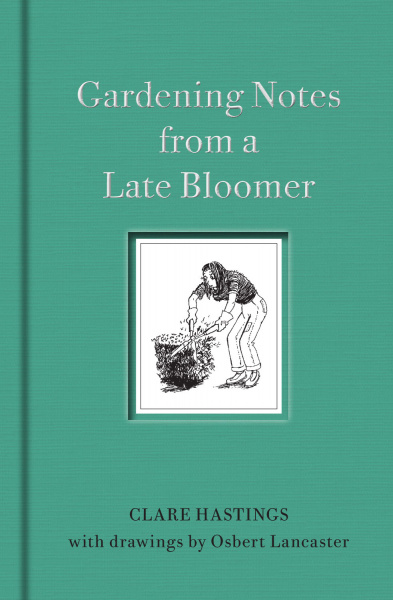 Gardening Notes from a Late Bloomer

Clare Hastings passes on her gardening wisdom to her daughter, in this witty and informative book

“I’m not dead yet,” writes Clare Hastings to her daughter, Calypso, who will one day inherit Clare’s beloved cottage garden in the Berkshire Downs. “In fact I woke up this morning feeling quite chipper. I glanced out of the window . . . and thought about you. And felt a frisson of panic. What if I were to be struck down before elevenses on the B4009? I realized that I needed to leave you a handbook about the garden. For you the countryside is a pathway from the car park to the door, to be completed on the run. But I’m not giving up.”

The daughter of writer and gardener Anne Scott-James, Clare too was a latecomer to gardening, daunted by Latin names and nervous around plants. Then she realized she wasn’t and never would be a ‘proper plantsman’ and that it didn’t matter. Since then she has explored the joys of gardening and now after many years’ experience of her own cottage garden, Clare shares her gardening life notes with Calypso.

Clare Hastings started her career in the fashion department of Harpers & Queen magazine, before leaving to work freelance as a stylist and later as a costume designer. Thirty years later, Clare changed direction to work alongside her daughter Calypso, in The Indytute. Clare and her partner, Nick, move between the Berkshire cottage and a flat in London, where they continue to get their garden fix by humping soil and plants five floors up on to the roof.

Osbert Lancaster (1908-96) was a painter, a writer, a cartoonist and humorist. When he married Anne-Scott James in 1967 he found in gardens a whole new subject for his witty pen - and in his stepdaughter, Clare, a new model for his drawings.

"A amusing read...but there is also plenty of practical advice. Comical illustrations by Osbert Lancaster add to the book's charm."