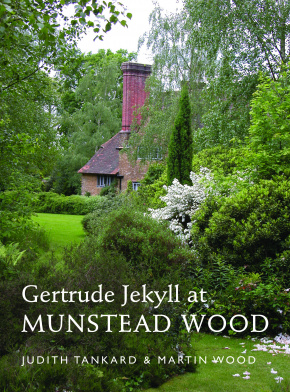 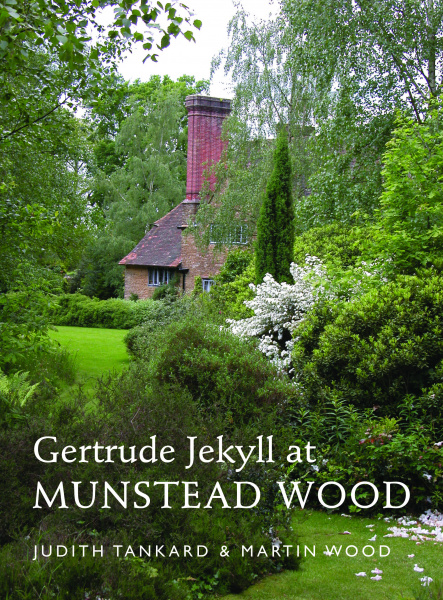 By Martin Wood and Judith B. Tankard

First published in the UK by Sutton Publishing in 1996 (and by Timber Press in the US), this Pimpernel Classic edition has been redesigned and includes new photography.

Gertrude Jekyll was probably the most influential garden designer of the early twentieth century. In this classic work Judith Tankard and Martin Wood explore her life and work at the home she created for herself at Munstead Wood in Surrey. Here she exercised her knowledge of architecture and local building skills, and her passion for form, grouping and colour was given full scope in the garden which she designed and worked from scratch.

Taking as a basis Gertrude Jekyll’s own photographs, scrapbooks and notebooks, and the recollections of contemporaries from Edith Wharton and Vita Sackville-West to William Robinson and Henry Francis Du Pont, the authors describe not only the building and development of the house and garden but also Jekyll’s skills both in the arts and as a businesswoman, and her collaborations with architects – pre-eminently Edwin Lutyens, but also Oliver Hill and M.H. Baillie Scott, among many others.

This revised edition includes many photographs that have never previously been published.

Judith Tankard is an architectural and garden historian. She taught at  the Landscape Institute of Harvard University for more than 20 years until her retirement in 2008. She is the author of many books on landscape history including Gertrude Jekyll and the Country House (Rizzoli, 2011).

"[A] delicious volume by two leading experts . . . this book explains the processes and the very human side of a garden designer whose legacy endures.”

“This book . . . explores the many activities and enterprise in which she [Jekyll] was engaged and so presents us with a fuller picture of this remarkable woman – artist, craftswoman, designer, photographer and author.  It is an excellent book, interesting, informative and enjoyable to read.”

"A poetic portrayal that strips back the formidability of Gertrude Jekyll, exposing her warm, yet vulnerable personality."

“Dextrously explores her many interests and varied talents to give an intriguing insight into the world of this indomitable gardener, artist and craftswoman.”

"I expect an in-depth reading will bring color to the gray days ahead this winter."

“Gertrude Jekyll at Munstead Wood is certainly worth a reissue by Pimpernel Press and shouldn’t be allowed to go out of print. Tankard is an outstanding garden writer and the modern photographs by Wood augment wonderful historic black and white photos of the gardens Jekyll designed."