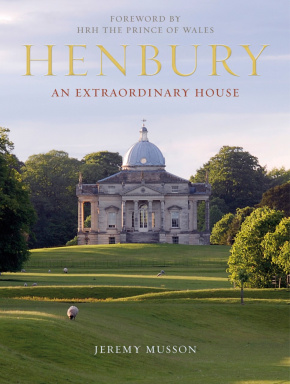 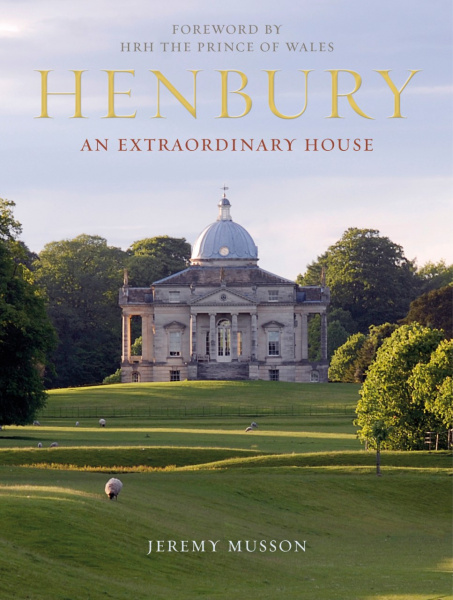 Henbury Hall in Cheshire was described by the diarist James Lees-Milne in 1990 as “stupendous…the whole house is a triumph”. This elegant house, built in the 1980s, rises from the rolling contours of it ancient parkland as a Palladian masterpiece of symmetry, elegance and simplicity. Full of intriguing historic references, its form both venerable and familiar, it is unique in the story of late-twentieth-century British architecture.

Henbury: An Extraordinary House tells the story of how the house came to be created by Sebastian de Ferranti (1927-2015), drawing on the Palldian tradition and the “ministry of all the talents” he brought together – including painter Felix Kelly, architect Julian Bicknell, interior decorator David Mlinaric and a host of talented and skilled artists and craftsmen.

This book, written by celebrated architectural historian Jeremy Musson and including more than 250 superb photographs, is the complementary vision of Sebastian de Ferranti’s widow Gilly de Ferranti, her tribute to her husband’s creation, and as beautiful and inspiring a book as Henbury Hall is a house.

"This handsome book...written by architectural historian Jeremy Musson, and richly illustrated, tells the story of the house, from the twinkle in Sebastian's eye that was his first idea for a new building on the site of a demolished 17th-century mansion, to the details of its interior decoration by David Mlinaric...there is space for digressions via the history of the De Ferranti family, the work of Palladio and a close examination of how the design for the house evolved."

"This beautiful book pays splendid tribute to the finest late 20th-century Classical house in England...a fascinating record of a unique building, as well as a visual treat."

"The death of beautiful new country houses has been exaggerated - as you will discover on reading Henbury: An Extraordinary House."

"Readers not familiar with Henbury will be surprised to discover the Palladian-style house was built in 1986. As Jeremy Musson explains, it is a house built by dreamers, country gentlemen aiming to recapture the magic of a bygone age."