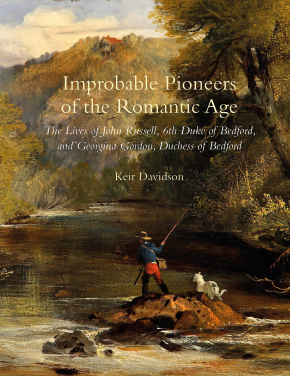 Improbable Pioneers of the Romantic Age 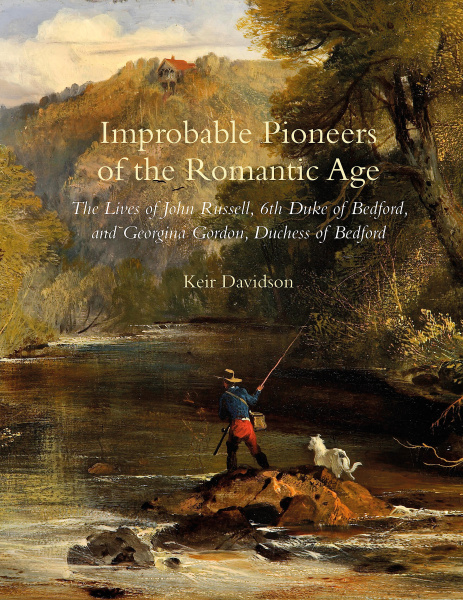 Improbable Pioneers of the Romantic Age

The Lives of John Russell, 6th Duke of Bedford and Georgina Gordon, Duchess of Bedford

The story of how the 6th Duke of Bedford and his second wife, Georgina Gordon, became intimately involved with the scientific discoveries of the Enlightenment, the joys of Romantic poetry and painting - and the leading figures of both worlds

Improbable Pioneers follows the lives of John Russell, 6th Duke of Bedford (1766-1839), and Georgina Gordon (1781-1853), from their very different childhoods. In the course of their unlikely marriage they became closely involved with the scientific discoveries of the Enlightenment, the wonders of Romantic art and poetry and the key figures of both worlds.

The two of them set out to explore the expanding worlds of both science and art, becoming improbable pioneers in politics, art and architecture, agriculture, botany and horticulture. Beyond this, Georgina shared her love for the places and people of the Highlands not only with her husband but with a young artist, Edwin Landseer, whose images of the Highland landscape are some of the most popular paintings of British art. Landseer became a central figure in the lives of the Bedfords. He is also at the centre of an enduring mystery: was he the Duchess’s lover – and the father of one of her children?

This book not only follows the public and private lives of the Duke and Duchess, it also sheds light on the historic events of the time and captures the sheer excitement of the new discoveries of the Romantic age.

After a career as a landscape designer, specializing in waterfalls of natural rock, Keir Davidson has written books on subjects ranging from the history of Zen gardens in Japan to the poet Coleridge’s ground-breaking fell walks of the early nineteenth century. For more than twenty years he has been associated with Woburn Abbey, initially as a designer of waterfalls and subsequently as a landscape historian, and he is the author of Woburn Abbey: The Park and Gardens (Pimpernel Press, 2016), described by John Martin Robinson in Country Life as ‘the best country-house history published in recent years’.

"Paints a moving portrait of a long and successful marriage enriched by a shared passion of the Arts, gardening and wild landscapes that reflected - and indeed, influenced - the spirit of the Romantic age.  Enlivened with many images and extracts from contemporary sources, the book is also a fascinating study of Georgian Britain."

"A lavish new volume offers a fascinating and comprehensive insight into the part the strath played in pioneering the Romantic Age...it is quality all through, its 560 pages weighing a ton and so many of them crammed with exquisite illustrations."