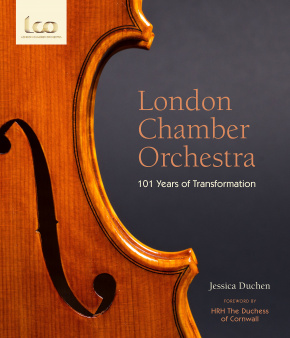 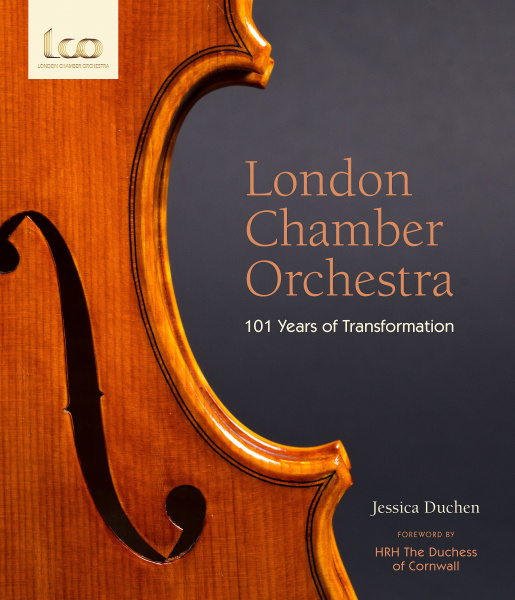 By Jessica Duchen Foreword by HRH The Duchess of Cornwall

The London Chamber Orchestra is the longest standing professional chamber orchestra in Britain. Encompassing over a century of music, its roller coaster story is told for the first time in this beautiful, illustrated book.

Agile, flexible and never afraid of controversial innovations (such as abandoning traditional ‘black tie’ evening dress for its players or giving amplified concerts with creative lighting at the Hammersmith Apollo), the LCO has surfed the waves of history. It has travelled from the early days of broadcasting – which other orchestras shunned, fearing it spelt the end of  ‘live’ music – through the difficult days of the Second World War, when London’s largest concert hall was bombed, and the thrill of being invited to play at the wedding of the Duke and Duchess of Cambridge in 2011, to a triumphant return and reinvention after the Covid-19 pandemic when its comeback programmes included Concerto for Turntables by the composer Sergei Prokofiev’s grandson Gabriel Prokofiev, featuring DJ Mr Switch.

Author and music critic Jessica Duchen traces the LCO’s history from the beginning under its founding conductor, the entrepreneurial Anthony Bernard from London’s East End, whose contacts included Britain’s first female MP, the American Nancy Astor (who kindly lent her house for the orchestra’s first concert) and leading composers like Edward Elgar and Ralph Vaughan Williams, up to its current Artistic Director, Christopher Warren-Green, who ensures the LCO continues to delight its devoted audiences at home and abroad with an eclectic and diverse programme of music. Over the years it has performed dozens of world or UK premieres by composers including Stravinsky, Falla, Delius and even Mozart.

This engaging book teems with entertaining stories: the composer who relished riding naked on a motor bike in the Gloucestershire countryside, the oboe player who taught her daughter’s boyfriend, Paul McCartney, to play the recorder for a much-loved Beatles song, and the times the LCO travelled the length and breadth of the US in a country & western tour bus straight out of Nashville. It adds up to a fascinating celebration of over 100 years of classical music, as well as giving unique insider glimpses into this vibrant and much loved orchestra.

Jessica Duchen is a music critic, author and librettist. Following twelve years with the Independent, she is a contributor to publications that have included the I Newspaper, The Sunday Times and BBC Music Magazine. Her librettos include extensive work with composer Roxanna Panufnik, notably Silver Birch, shortlisted for an International Opera Award in 2018. Among her other books are biographies of Korngold and Fauré and seven novels on music-related topics. She lives in south-west London.