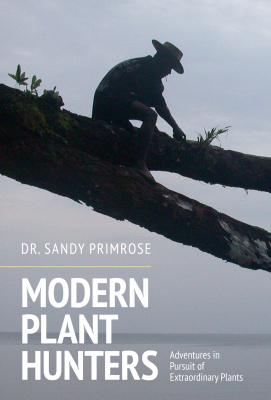 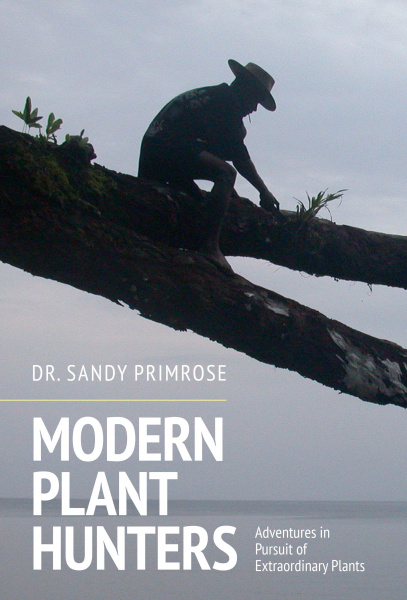 Adventures in Pursuit of Extraordinary Plants

Almost all the books that have been published on plant hunting focus on the so-called ‘golden age’ that ended with the death of Frank Kingdon Ward in 1958. One might be forgiven for thinking that plant hunting itself came to an end in 1958. On the contrary, there have been more new plant introductions in the past thirty years than ever before. This book tells the stories of the modern-day plant hunters – such pioneering adventurers as Mikinori Ogisu, Dan Hinkley, Roy Lancaster, Ed de Vogel, Lin Yu-Lin, Michael Wickenden and Claire Scobie.

The author also examines the search for medicinal plants and the work of scientific institutions, both of which have been largely ignored, and considers such developments as the effect of habitat destruction on plant loss and plant diversity.

Dr Sandy Primrose MBE PhD has spent his professional life as a biologist, initially in academia and then as a senior manager in pharmaceutical, diagnostic and life science companies. He has also worked with various government departments on topics such as the detection of food fraud and the safety of genetically engineered foods. He now works as a consultant helping early-stage companies in the healthcare field. He is a keen gardener and lectures extensively on plants, horticulture and gardening. He is passionate about teaching and aims to be at once entertaining and informative.

His previous books include Principles of Gene Manipulation and Genomics, co-authored with Richard Twyman (Wiley-Blackwell, 2006) and Plants, Poisons and Personalities (Librario Publishing, 2010).

He lives in Buckinghamshire.

"An incredibly thorough and bang-up-to-date account of contemporary field botany and horticulture. It is a great read...written in a fresh, conversational style. Hunt down this botanical gem of a book for yourself before it sells out."

"A fine collection of tales of adventure, underpinned with a conservation ethic, one for plucky travellers (armchair or otherwise) and botanists alike."

“The term 'plant hunter' may seem straight out of a sepia-tinted Victorian photograph, but biologist Dr Sandy Primrose is determined to prove that contemporary adventures to find new species are just as riveting and important.”

"Accompanied by stunning photography, the book conjures up a spirit of adventure, combined with the fascinating finer points of botany."

"There is no shortage of books on the ‘golden age’ of plant hunting, generally considered to have ended with the death of Frank Kingdon Ward in 1958. However, exploration for new plants goes on, whether it is for medicinal plants and the work of scientific institutions, or for plant conservation and the identification of new breeding material to increase diversity. Modern Plant Hunters brings the story of modern-day exploration right up to date and is a rip-roaring and thrilling read from start to finish…A thoroughly researched and well-written book..it is entertaining, informative, educational and a joy to read with captivating photographs giving the reader that sense of adventure and ‘being there’. It’s ideal for anyone who wants to explore further how modern plant hunting takes place but it is also a book worth reading for anyone interested in horticulture and plants and where they come from as well as for sheer enjoyment."