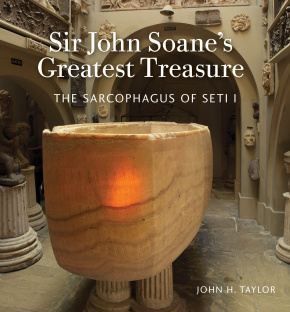 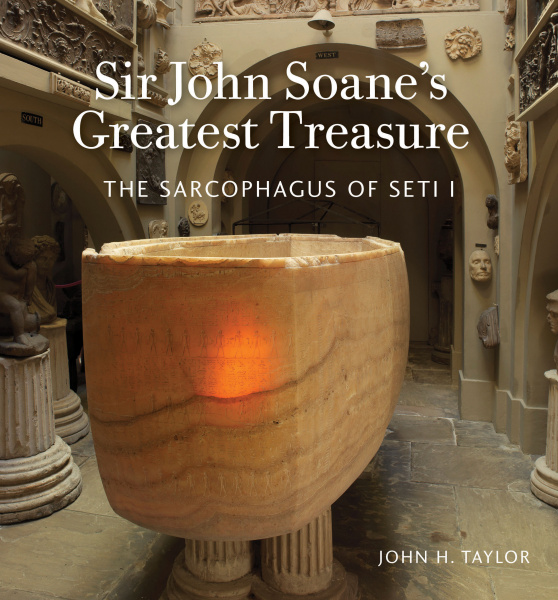 The Sarcophagus of Seti I

Sir John Soane's Greatest Treasure describes one of the most important antiquities ever found in Egypt – the beautiful calcite sarcophagus of the pharaoh Seti I.

Re-discovered in 1817 in the tomb of Seti I in the Valley of the Kings by the flamboyant explorer Giovanni Belzoni, the sarcophagus now resides in Sir John Soane's Museum in London's Lincoln's Inn Fields.

Leading Egyptologist John H. Taylor outlines the life of Seti I, the background to the creation of the sarcophagus, the excitement surrounding its re-discovery and the fascinating story of its journey to London and its acquisition by Sir John Soane.  At the heart of the book is a fully illustrated interpretation of the complex imagery and hieroglyphic inscriptions which cover the delicately carved surfaces of the sarcophagus. The book also includes an essay by Helen Dorey on the celebrations held at the Museum to welcome the arrival of the sarcophagus of Seti I in 1825.

Sir John Soane's Greatest Treasure is published to mark the 200th anniversary of the re-discovery of the sarcophagus in 1817, and to accompany a major exhibition at Sir John Soane's Museum, opening in October 2017.

John H. Taylor is an Assistant Keeper in the Department of Ancient Egypt and Sudan at the British Museum. His expertise focuses on funerary objects of the pharaonic period (particularly coffins), mummies and mummification. He has curated a number of exhibitions at the British Museum, including ‘Journey through the Afterlife: Ancient Egyptian Book of the Dead’ and ‘Ancient Lives, New Discoveries.’