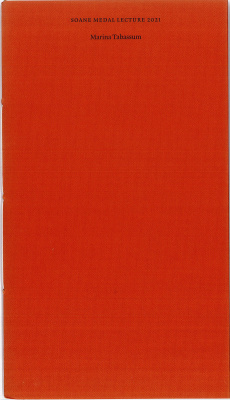 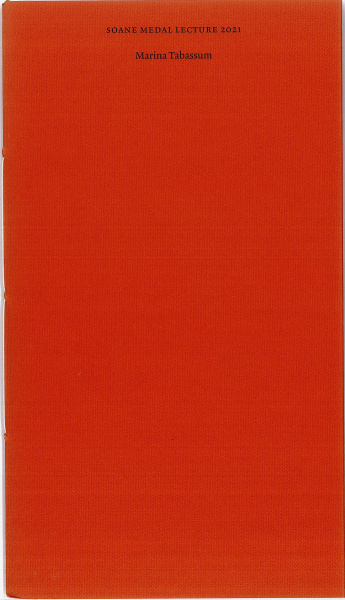 A published edition of the lecture delivered by Marina Tabassum on the occasion of being awarded the Soane Medal, 2021

Distinguished Bangladeshi architect Marina Tabassum is the fourth recipient of the Soane Medal, which is awarded annually in recognition of architects and critics who have made a major contribution to their field through practice, education, history or theory, and in doing so have furthered and enriched the public understanding of architecture.

In this speech, Marina Tabassum reflects on her childhood, training, and the ways in which growing up in newly independent Bangladesh has had a profound influence on her work. From her Bait ur Rouf Mosque to Dhaka's independence Monument, Tabassum has created buildings which bring communities together and foster a distinct sense of place. Her research into dwelling in the Ganges Delta and Bengali courtyards suggest alternative models of building, habitation, and ownership which have the potential to inform architectural practice more widely. All her work is underpinned by a focus on sustainability and Tabassum is truly leading the conversation about the ways in which architecture, people and planet interact. She outlines her approach to creating an "architecture of relevance", resisting the temptations of the commercial in order to create buildings which improve the lives of those who use them. Tabassum's accounts of her most significant projects give reader an intimate glimpse of the path she followed in becoming an internationally celebrated architect.

Marina Tabassum was born, lives and works in Dhaka, Bangladesh. She is Founder and Principal Architect of Marina Tabassum Architects MTA in Dhaka, and is a pioneer of what she describes as "the architecture of relevance". Her practice focuses on designing buildings in tune with their natural environments (in particular, working with local materials and communities) while also embraing the design challenges of sustainability, environment, and our collective impact on the planet. She is currently working in the Rohingya refugee camps Cox's Bazar in south-east Bangladesh, and designing mobile modular houses for ultra-low-income people in the country's coastal areas. She is visiting professor at the BRAC University in Dhaka.