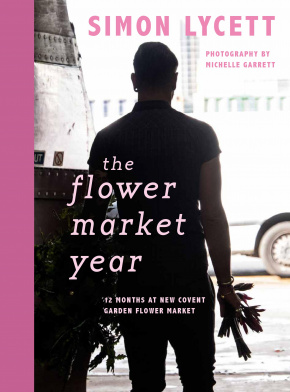 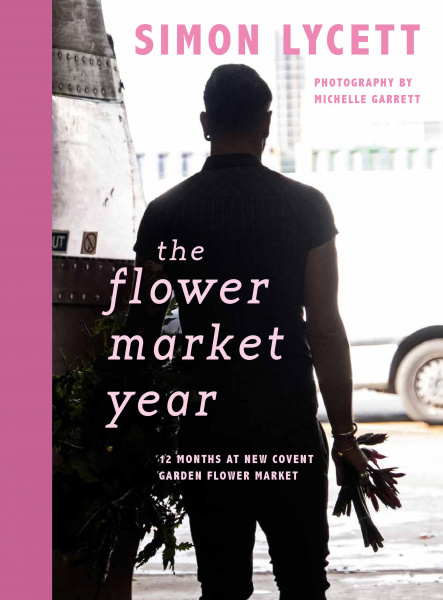 The New Covent Garden Flower Market plays an integral part in Simon Lycett's life as a florist and has done for the last 25 years. Originally opened in London's Covent Garden in 1670, the Market moved to Nine Elms in Vauxhall in November 1974 and became known as the New Covent Garden Flower Market. Now after more than 40 years it is moving again, to a new purpose-built site in Nine Elms. In The Flower Market Year, Simon Lycett's witty and down to earth observations and Michelle Garrett's stunning photographs, taken over the course of a year of very early mornings in Nine Elms, combine to create a unique record of this historic and idiosyncratic market.

Includes images of many beautiful arrangements of seasonal flowers and foliage sourced from the Market, and practical step-by-step descriptions of floral decoration for each month.

Simon Lycett’s career as a florist took off in 1993 when he was asked to create the flowers for the film Four Weddings and A Funeral. His celebrity clients include Sir Elton John, Sir Ringo Starr and Thandie Newton. He created the wedding decorations for Their Royal Highnesses the Prince of Wales and Duchess of Cornwall at Windsor Castle, David and Victoria Beckham, Viscount and Viscountess Weymouth, Cheryl Cole, and most recently for the wedding reception of Her Royal Highness Princess Eugenie and Jack Brooksbank. He frequently works for the RHS and creates the royal posies for the RHS Chelsea Flower Show, and has provided flowers for many royal occasions. He appears regularly on TV and radio.

Simon heads up a team of 11 at his Camberwell Studios. Most designs are created within the company’s workrooms and transported to the venue. Simon’s work is much in demand for every type of event from stunning yet modest parties to magical weddings the world over, as well as TV, commercials, radio, films and premieres.

Michelle Garrett is an award-winning photographer who specialises in gardens, plants, food and travel. She has photographed the gardens of Villandry and Heligan. Her work has been included in many prestigious books and magazines.