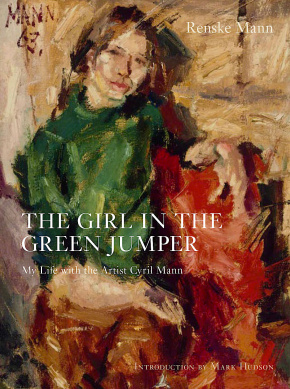 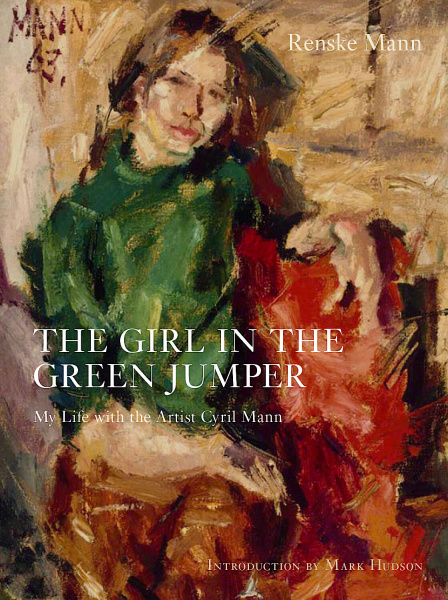 My Life with the Artist Cyril Mann

“This poignant and revealing memoir adds vital new dimensions to our understanding of Mann, as both artist and human being.” - Mark Hudson, art critic, Independent

When it comes to deciding the most tragic British artist of the 20th century, Cyril Mann (1911-80) must be a contender. Mann made a number of genuinely innovative breakthroughs and certainly had the potential to become one of the most important figurative painters of his time. Yet, struggling with mental health problems, Mann had an unerring instinct for turning each moment of promise into bitter disappointment.

In 1959, Renske van Slooten fell in love with Mann who was more than twice her age. Renske was convinced she discovered a genius and she promised to dedicate her life to him as muse, model and money earner. Their struggles quickly threatened to overwhelm them.

The Girl in a Green Jumper is not only an enthralling story set against the backdrop of 1960s London, but it also charts in detail the struggles an artist goes through, both creatively and financially.  Renske also gives fascinating insights into the way that Cyril's painting technique evolved over time.

Renske Mann was born in the Dutch East Indies but had to flee to the Netherlands with her family in 1950 when the former colony gained independence and became Indonesia.  At the age of nineteen, she moved to London where she met Cyril Mann, a gifted but still struggling artist twenty-eight years her senior. Convinced of his genius, she offered to become his model and muse as well as giving him the financial support to paint full-time.  With his encouragement, she filled in her educational gaps and embarked on a successful business career.

Mark Hudson is the art critic of the Independent, and the author of Titian, the Last Days (Bloomsbury). His books on people and places have won some of Britain’s most prestigious literary awards: the Somerset Maugham Award and the Thomas Cook Award for Our Grandmothers’ Drums, the NCR Award (precursor of the Baillie Gifford Prize) for Coming Back Brockens. His forthcoming work London, While I Wasn’t Looking, is a sprawling, collaged memoir of life in the British capital.

'This poignant and revealing memoir adds vital new dimensions to our understanding of Mann, both as artist and human being. Admirably frank...intriguing.'

"The book gives [Cyril Mann] overdue and deserved recognition while offering a snapshot of everyday life in a time of drastic social change in Britain. Beyond a story of artistic and romantic tragedy, Girl with the Green Jumper tells of a woman’s quest for liberation. It reminds readers that behind many of history’s male artists there was a muse, a partner or wife, many of whom suffered in silence as they denied their own needs."

"An enthralling account of a muse’s life with troubled artist Cyril Mann...Renske’s account of their relationship reads like a real-life La Bohème. Brimming with insights...Renske’s book is an important stone in the still-developing edifice of the reputation of an artistic genius."

"The detail in this book is compelling – because Renske was so often in the room – but so too are the complexities of being a muse and a young woman growing wise in the 1960s...This book is totally recommended: for yourself or anyone with an interest in art and design."