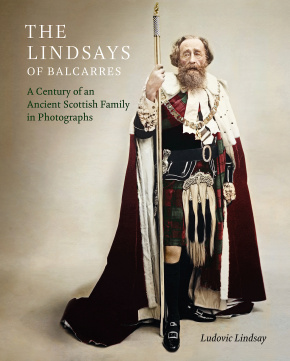 The Lindsays of Balcarres 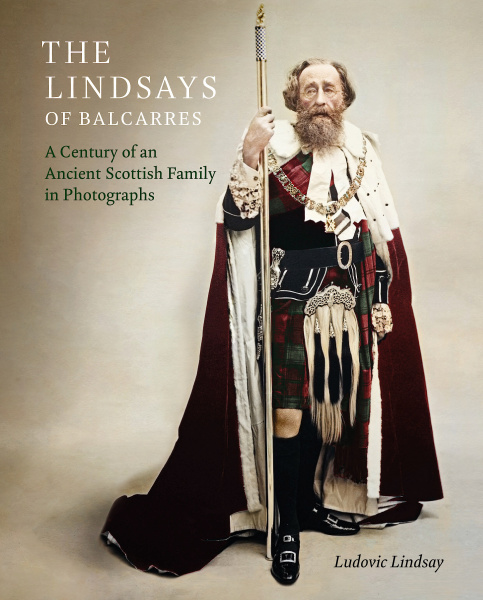 The Lindsays of Balcarres

A Century of an Ancient Scottish Family in Photographs

A rich family record illustrated with stunning photographs, from 1840 onwards

The Lindsays of Balcarres began with the rediscovery of some dusty photograph albums at the home of the author’s late father in Fife. The wealth of images within, unexplored for over eighty years, provided the perfect way to present the fascinating untold stories of the people who had been brought up at Balcarres.

The Lindsay family, which traces its roots back to the time of Charlemagne, almost lost everything after siding with the Stuarts for two hundred years, but fortunate marriages, colonial endeavours and the industrial revolution enabled them to create a new fortune and in 1848 successfully reclaim their position as the Premier Earls of Scotland. This renewal coincided with the birth of photography in the 1840s, which encouraged the family to capture moments of their leisure pursuits and other enthusiasms and the part they played in the events of their time. The collection also serves as a social history, recording the rapidly changing industries they were involved in and the relationships with their staff on which their way of life depended.

The reader will encounter a gallery of colourful characters, including Elizabeth Lindsay, who married the 3rd Earl of Hardwicke in 1782 and became Vicereine of Ireland; her great-nephew, Robert, who joined the Guards at the outbreak of the Crimean War and carried the Queen’s Colours to the heights of Alma, earning him the first of two citations for the Victoria Cross; and his brother-in-law, Alexander, the 25th Earl of Crawford and his polymath son Ludovic, who together rebuilt the family library, Bibliotheca Lindesiana, into one of the world’s finest.

Some of the earliest daguerreotypes in the family archive point to the enduring affinity that would develop between photography and the country house. It was the perfect medium for a family so deeply involved in both fine art and the latest technology. Ludovic Lindsay’s painstaking restoration of these remarkable family photographs and archival research mean that a chronicle of his forebears’ lives, told through over three hundred hitherto unpublished images, is for the first time possible.

Ludovic Lindsay, who was born in London in 1957, was inspired to write The Lindsays of Balcarres through his interest in photography and his ancestors’ history, the latter dating from childhood summers spent at Balcarres, the family seat in the East Neuk of Fife and the home of his grandfather David, 28th Earl of Crawford. Unearthing the family’s albums, he realized he had inherited many of their passions and had even shared similar experiences. He too has travelled, explored and crossed oceans, worked in the art world, visited coal mines, worked on farms and studied the stars. These experiences led him to produce a diverse array of television documentaries over the last thirty years, with subjects ranging from Fabergé to design, the peoples of Africa to motorsport. He lives in Wiltshire with his sons Merlin and Cosmo, both of whom share the family genes that have drawn them to technology and fine art.

"A collection of unique photographs, unexplored for 80 years, which present a fascinating cast of characters and shed light on over 150 years of leisure, travel, industry, relationships and passions in a family that has been at the heart of Scottish history for centuries."

"...Remarkable pictures...More than just a family’s memories, it offers an important glimpse into the nation’s social history through the story of one aristocratic family."

"The wealth of images within, unexplored for over eighty years, provided the perfect way to present the fascinating untold stories of the people who had been brought up at Balcarres. The collection also serves as a social history, recording the rapidly changing industries they were involved in and the relationships with their staff on which their way of life depended."

“Forgotten but thankfully not lost, the Lindsay albums area fascinating and valuable archive.”

“A diverting book of biography, richly illustrated with over 300 photographs."

“The photographs, which could so easily have overwhelmed the narrative, are skilfully pressed into service to personalise a fascinating slice of family, economic and national history.”

“…crammed with chapters on themes as diverse as electricity and yachts, as well as profiles on dozens of Ludovic’s ancestors.”