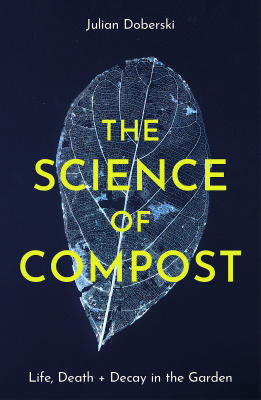 The Science of Compost 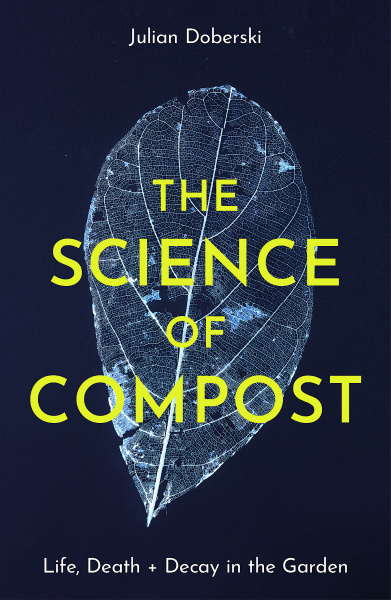 The Science of Compost

Life, Death and Decay in the Garden

Reveals the how and the why of the compost heap and the important role it plays in the garden.

The Science of Compost: Life Death and Decay in the Garden takes you on a journey into the underworld of composting. Doberski explains the science of what goes on but also promotes interest in the living organisms who provide the ‘hard graft’ of transforming waste organic matter. It can be hard to envisage the hundreds, thousands or millions of different organisms involved but The Science of Compost reveals the secrets of this hidden world.

Gardeners are familiar with the magic of compost and it is easy to see what goes in – organic waste – and what comes out – wonderful, friable and fertile compost –  but what magic causes that to happen? Doberski explains what kind of ‘mysterious’ and complex chemical, physical and biological processes contribute to make composting effective. He covers the structural nature of decaying and dead plant material, the micro-organisms and invertebrates contributing to decomposition, and the combination of chemical, physical and biological factors which determine rates of decay.

Although not a practical manual of composting, by explaining the science of what goes on in composting Doberski provides pointers to gardeners for getting composting right.

Julian Doberski has degrees in Zoology (BSc Southampton), Forestry (MSc Oxford) and a PhD in biological control of insects using fungi (Cambridge). He has thirty years of teaching experience at Anglia Ruskin University in Cambridge (and its predecessor institutions) where he was a Principal Lecturer in Ecology. He has jointly published a resource pack for A level ecology students and a range of scientific research and science in education papers. He is currently retired and lives in Cambridgeshire.

"While this small book deals with lots of science, it is done in a very accessible form...Gardeners will find it a valuable resource that will help them perfect their own friable and fertile compost."

"A very serious, rigorous and thoroughly referenced deep dive into your compost heap...also acts as a reminder about why we might want to compost in the first place...this is primarily an analysis of the layers of the heap, and as such, an absolutely riveting read."

"A fascinating study of the biology of the lowly compost heap...reveals its mysteriously complex nature. This book won’t tell you how to build a compost heap, but it will explain the science behind it to help you better understand how to build and maintain one."