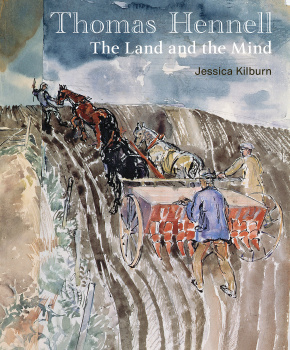 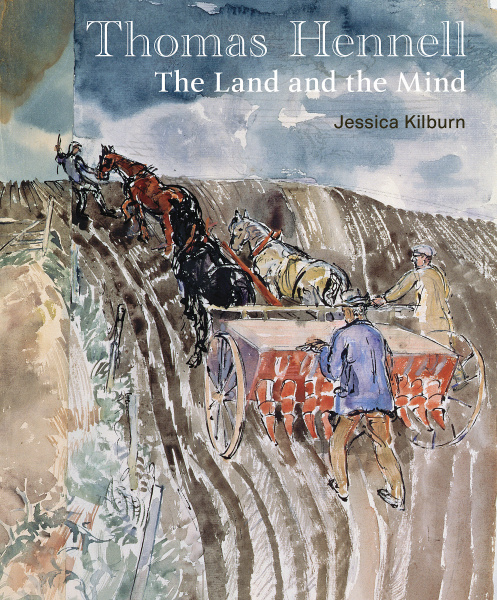 The Land and the Mind

Thomas Hennell (1903–45) said his aim was to ‘surprise his subject’ – to capture the transient quality of the moment. In watercolour he found his perfect medium, producing work which was, as his fellow artist Edward Bawden said, ‘fully expressive and technically perfect’.

During an idyllic childhood in rural Kent Hennell discovered his love of the English countryside. He explored its fields, farms and woods, and later, travelling on a rusty old bicycle, developed an appreciation of England’s traditions and crafts. Much of his work records the countryside in a state of change, imbuing his sense of loss with poetic intensity.

In the early 1930s, Hennell suffered a severe breakdown and later described the three years he spent in mental hospitals in his memoir The Witnesses (1938), an astonishing document in a period when stigma still attached to mental illness. Hennell’s remarkable talent for friendship survived his years of mental turmoil. Jessica Kilburn’s new biography brings Hennell the man vividly to life through extracts from his letters to friends and personal accounts by people who knew him.

As this richly illustrated book shows, the artist’s final years were exceptionally productive. In 1943 Hennell was appointed an official war artist, yielding commissions in Iceland and northern Europe. After the pastoral evocations of inter-war England, his portrayal of war’s brutality is shocking: devastated French towns, emaciated prisoners of war. At the war’s end, Hennell received a final posting to the Far East. Tragically, he was caught up in the struggle for independence in Java and in late October 1945 disappeared in circumstances which Jessica Kilburn recreates more fully than in any previous account.

Thomas Hennell was born into a remarkable generation of English artists that included Eric Ravilious, John Piper, Graham Sutherland and Barbara Hepworth. His peers regarded him as one of their finest creative talents; Jessica Kilburn’s sensitive and deeply researched new biography restores this unjustly neglected artist to his rightful place in the history of twentieth-century English art.

Jessica Kilburn is a writer and researcher from Northumberland. She read English at Merton College, Oxford, followed by History of Art at the University of Glasgow. She contributed articles to the Oxford Dictionary of National Biography, has written for Illustration magazine and curated an exhibition about Lancelot 'Capability' Brown at his birthplace in Northumberland.

"This well-written, intricately researched and hugely detailed account of his life and work . . .generously illustrated, and with informative picture captions, has a relaxed breadth which suits the subject . . . It is indisputable that Hennell was an artist and writer of distinctive achievement, whose work should be more widely known. This substantial and impressive book deserves to lead the way in a Hennell revival."

"The first full biography of the artist in over 30 years...richly illustrated...a full account  of his fascinating life and work."

"Magnificent...this book glows with colour on almost every page....a sympathetic and nuanced biography which will do a great deal to broaden Hennell's appeal and ensure that his claims to the pinnacle of watercolour excellence can no longer be ignored."

"Superbly researched and illustrated...a thoughtful account of a remarkable life."

"A timely reminder of an artist well worth discovering."

"Hennell's superb watercolours and drawings capture English agricultural life in the 1930s and 40s, on the cusp of changing for ever, and Kilburn's very welcome and lavishly illustrated biography is appropriately elegiac."