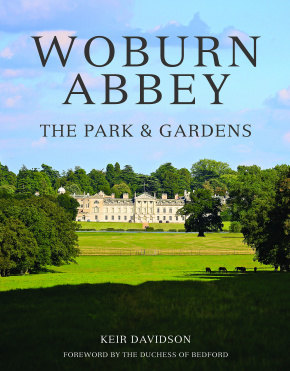 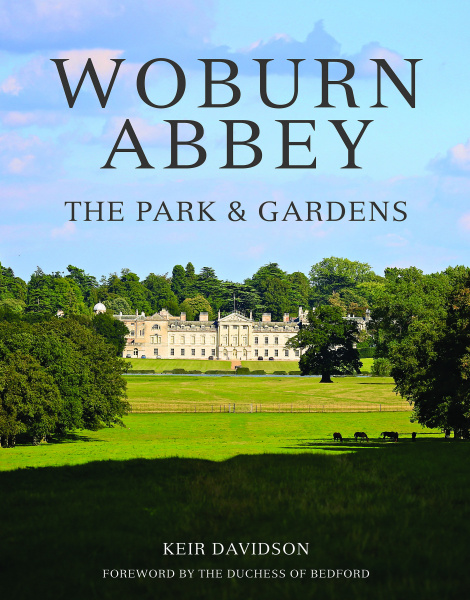 The Park and Gardens

Woburn Abbey: The Park and Gardens tells a fascinating story that illuminates both the history of English landscaping and the highs and lows of an aristocratic family that has been at the centre of British life for more than four centuries. Drawing on the enormous quantity of material available in the Woburn archives – as well as historic images preserved in the Abbey itself, and stunning newly commissioned photographs – landscape designer and historian Keir Davidson shows how the park and gardens developed, following the individual tastes of the owners as well as wider trends in gardening and landscaping.

The Russell family has been in possession of Woburn Abbey since 1547, when Henry VIII gave the former monastery to John Russell, 1st Earl of Bedford. The ambitions (and passions) of more than one duke have caused financial embarrassment from time to time, but Woburn has survived impulses to sell and periodic neglect. The 5th Duke, following the fashion set at Versailles by Marie-Antoinette, built a Chinese-style dairy where ladies could play at being dairymaids. In 1810 the 6th Duke commissioned Humphry Repton to create a ‘Menagerie’ for exotic birds; by the end of the century the collection had expanded to include bison, wallabies and wild horses (setting a precedent for today’s Safari Park). These animals had to be cleared from the airstrip created in 1928 by Mary, the ‘Flying Duchess’, for take-off and landing on her record-breaking flights.

Over the centuries many gardens have been built at Woburn, and on the Russell estates in London and around the country, for successive dukes and duchesses. Almost all of the important figures in English landscaping – from Isaac de Caus to George London and Henry Wise, Charles Bridgeman and Humphry Repton – worked for the family at one time or another. In our own day, a ten-year programme of restoration of Repton’s Pleasure Gardens initiated by the present Duchess is under way. When this is finished, in 2018, the result will be one of the most complete Repton pleasure grounds anywhere in the world. Keir Davidson brings the whole enthralling story to life, engaging the reader with historic gardens that are not simply part of a lost past, but can be experienced in all their glory today.

Keir Davidson is an experienced landscape designer, specializing in waterfalls of natural rock. He created gardens in Japan and then worked for eighteen years in the United States, building a 250-acre private botanical garden in New York State. For the past sixteen years he has been associated with Woburn Abbey and the Bedford family, initially as a designer of waterfalls and subsequently as a landscape historian.

Bridget Davey is a wildlife and garden photographer.  She has been photographing the Woburn Abbey Gardens and the Safari Park since 2014.