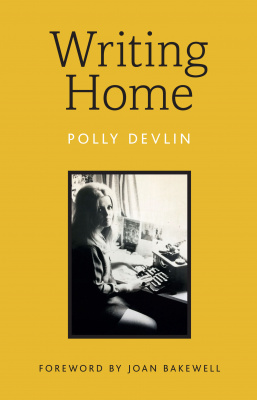 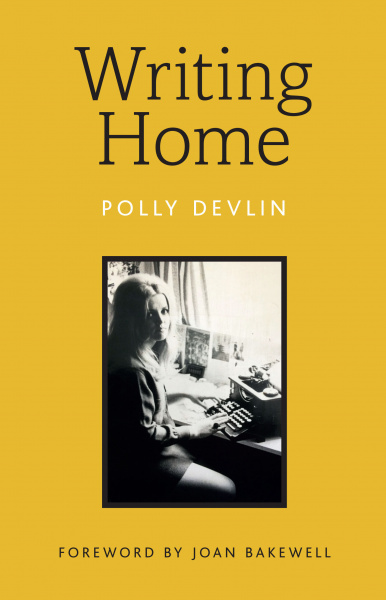 In the pieces brought together in Writing Home, Polly Devlin OBE, most bewitching of writers, covers subjects that range over her whole life and thought

In the pieces brought together in Writing Home, Polly Devlin OBE, most bewitching of writers, covers subjects that range over her whole life and thought. She writes about places: about her childhood deep in the countryside of Northern Ireland (where, in the late 1950s, the first electricity poles looked ‘literally out of place’); her sudden transition, at the age of twenty-one, to Swinging Sixties London, where she worked for Vogue and became very much part of the scene (although – ‘it’s like being a provincial at Versailles’), on to New York, back to London, then to the English countryside, and to Paris, Venice, the world over – and always back to Ireland, London and New York. She writes about the people she has known, among them Bob Dylan, John Lennon, Yoko Ono, Mick Jagger, Peggy Guggenheim, Diana Vreeland (‘as fantastical as a unicorn’), Jean Shrimpton (‘she looks as though she sleeps in cathedral pews and sucks artichoke hearts for sustenance’), Princess Margaret (who came to dinner and did the washing up, ‘which I gabbled she didn’t need to – she looked at me frostily and the royal hands went back into the Fairy Liquid’). And she writes about the issues that have preoccupied her: about emigration, feminism (‘I grew up in a society where men were fundamental and women were secondary’), reading, writing, collecting, shopping, houses, dogs, rooks, hares, dreams, friendship and the kindness of strangers; about daughters and mothers; and about wishes . . .

Polly Devlin is a writer, broadcaster and filmmaker. She holds an OBE for services to literature. After spending her childhood in Northern Ireland, at the age of twenty-two she took up her first job – as a writer, and soon features editor, on British Vogue, at the heart of 1960s London. A couple of years later she was again transported, to New York, to work for Diana Vreeland on American Vogue – where, once more, she was very much part of the scene she wrote about in her columns. Since then she has been a columnist on The Sunday Times, The New Statesman and The Observer, and has written many highly acclaimed books. Her first book, All of Us There, is now a Virago Modern Classic. The most recent, New York: Places to Write Home About (Pimpernel Press, 2017; published in the United States by Gibbs Smith, as New York: Behind Closed Doors) was greeted with delight on both sides of the Atlantic. She now divides her time between London and New York, where, until her recent retirement, she taught Creative Non-Fiction at Barnard College, Columbia University.

"Required reading for women of 'd'un certain age', read it and smile."

"Polly nails with detail and devilment the very essence of an encounter or an issue. After a glimpse into that quicksilver mind whose interior we imagine is as eclectic, cluttered and joyful as the actual interiors she creates, we are the better for it....a treat."

"A glorious serendipitous mix of material...She retains a very clear voice that is her own. She's also a fantastic writer. She manages to convey a huge amount with a few well chosen words, so that after reading her book I feel I know her intimately and like her tremendously."

"Whatever sets her going - and whatever her tone, whether angry, rueful, funny, exuberant, joyous or disabused - Polly Devlin's reflections make an impact. She is a champion of right thinking, up to the hilt in crusading commentary, always on the side of the angels."

"Eloquent and open-minded, Writing Home stands testimony to a life well-lived. It champions feminism as 'The F Word'. I'd add that it exemplifies the virtues of family and fearlessness."

"I passionately love this book...the writing and the spirit, the cauldron of lives and language, the moral rigour, the observation...I wish I had published it."

"...affectionate sketches of friends including Nuala O’Faolain and her brother-in-law Seamus Heaney...ring with truth and tenderness."