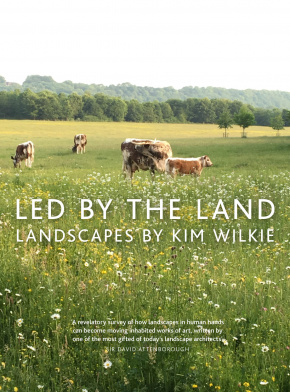 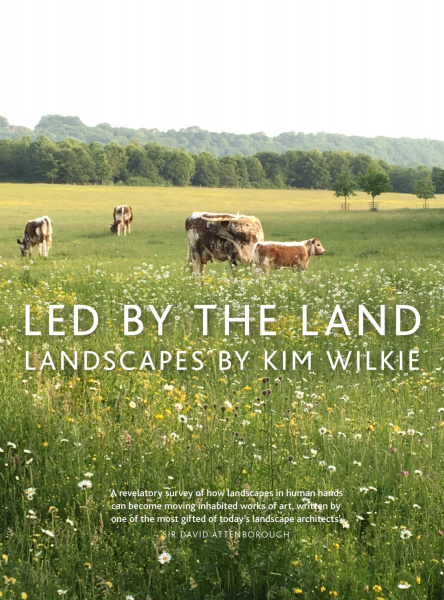 An updated and expanded edition of Kim Wilkie's classic work, widely acclaimed as a major contribution to the literature on landscape, sustainability, regeneration and design

Leading landscape architect Kim Wilkie is revered for his unusual vision and his acute grasp of how people have moulded their environment over the centuries. This updated version of his classic book, Led by the Land, has been expanded to include fresh thoughts on farming and settlement and new projects, both huge and intimate, from the designs for new cities in Oman and England to the Swansea Maggie's Centre, and from plans for London's Natural History Museum grounds to the sculptural setting of a furniture factory in Leamington Spa.

Wilkie has taken his genius to many parts of the world - including the United States, Chile, Russia, Transylvania, Italy, the Middle East, the very edge of the Arctic Circle, as well as the British Isles - but to each undertaking he brings the same approach of reverence for the land and the creatures that inhabit it. He does not impose his inspiration on it but interacts with it. He allows the land to lead him.

Led by the Land ruminates on our species' place in the environment, the way past masters have fashioned it and the hopes for our future fruitful connections and offers not only a rich account of an unusual talent, but also an optimistic vision for our future.

Kim Wilkie had an intense introduction to landscape. He grew up in the Malaysian jungle and the Iraqi desert before being sent to school in southern England. Having studied history at Oxford and environmental design at the University of California, Berkeley, he set up his landscape studio in London in 1989. He is fascinated by the link between land and culture and between memory and imagination. He continues to teach and lecture in North America, writes optimistically about land and place and is involved in various national committees on landscape and environmental policy in the UK. He lives in Hampshire.

"A revelatory survey of how landscapes in human hands can become moving, inhabited works of art, written by one of the most gifted of today's landscape architects."

"For landscape designers of the 1970s and 1980s, Geoffrey and Susan Jellicoe's The Landscape of Man was a touchstone. Many have since tried to reproduce something of its profundity, and Kim Wilkie comes close with Led by the Land."

"The complex challenges of designing a garden that’s at one with the natural landscape is the subject of British landscape architect Kim Wilkie’s Led by the Land. First published in 2012 and considered a garden classic, [this is] an updated, expanded version featuring some of Wilkie’s recent design projects as well as his musings on farming and settlement.

"Wilkie’s book ruminates on our species’ place in the environment, the way past masters have fashioned it and the hopes for our future fruitful connections. It is in many ways an inspirational book, leading us gently into a greater understanding of our landscape and our place in it. It offers not only a rich account of an unusual talent but also an optimistic vision of our future."