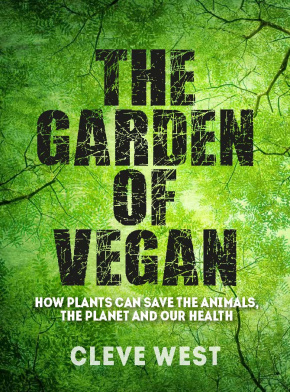 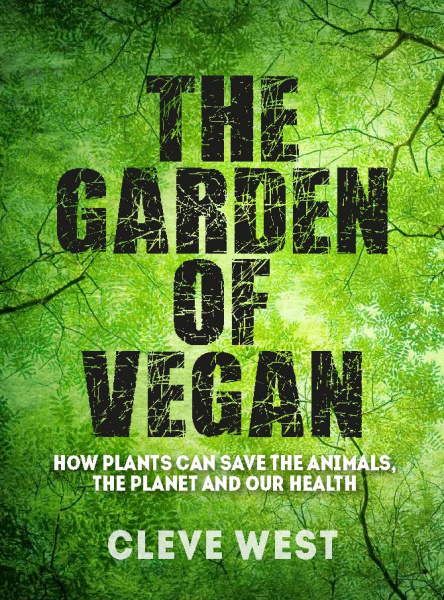 How Plants can Save the Animals, the Planet and Our Health

Informative, thought-provoking and disturbing, this book poses the most important question of our time: how can we stop destroying our planet?

There was a time when garden designer Cleve West questioned the importance of his role as a garden designer. Two things changed his mind: designing a garden for a hospital and adopting a vegan lifestyle.

Cleve's transition to veganism was a profound and varied learning experience. He learned more about nutrition than when he studied it as part of a sports science degree. He learned a great deal about propaganda in the food industry and how, contrary to what he'd been led to believe, the cows and chickens in the dairy industry are far from 'happy'. He learned that animal agriculture is a leading cause of climate change and a whole range of environmental catastrophes. He found that many illnesses have their origins in the consumption of animal products.

Everything started falling into place. It was all about plants. Suddenly, his role as a garden designer didn't seem so trivial after all.

The Garden of Vegan charts Cleve's journey from its tentative beginnings to an understanding of the restorative power of gardens and a realization that some of the most destructive aspects of the Anthropocene can be mitigated or even fixed by plants.

Cleve West is one of Britain’s top garden designers. No less than six of the gardens he has designed for the Chelsea Flower Show have won RHS Gold Medals and two years running his gardens were awarded Best in Show. He is also a passionate vegan and animal rights activist. His first book, Our Plot (Frances Lincoln, 2011), was described as ‘A joy to read, harmonious and humble, full of common sense and belief in community and sustainable living.’

"Well researched and backed up by facts and figures, West writes with a forceful honesty that anyone who has heard him speak will recognise. He is self-reflective and refuses to spare himself from his own criticisms. The narrative may be personal, but it resonates."

"By tapping into gardeners’ responsiveness to their surroundings, West makes an effectively plainspoken plea for change...this account has relevance for all gardeners, regardless of what’s on their dinner plates."

“A heartfelt, knowledgeable discourse…The Garden of Vegan is reflective and inspiring in its examination of vegan garden principles and of vegan living as an important catalyst for change.”

“An exhaustive introduction to anything you might want to know about veganism. Every statistic, from how much methane farting cows produce worldwide, to how much plant protein it takes to create the same amount of animal protein, to how much B12 a person actually needs is fully researched and set down here. More crucially, every argument against veganism is calmly and carefully set out and dealt with."

"A personal, persuasive take on why an animal-free diet might be for you and the wider world...this challenging, deeply personal book is an important read."

"Cleve West is one of the most brilliant stars in our firmament of garden designers, and the only one to have won best in show at Chelsea two years in succession. Coming soon is The Garden of Vegan, explaining his deeply held convictions about plants and what they can do for our health."

"Raw in both style and content - and it may change your life."